What is Cannabis Wax? 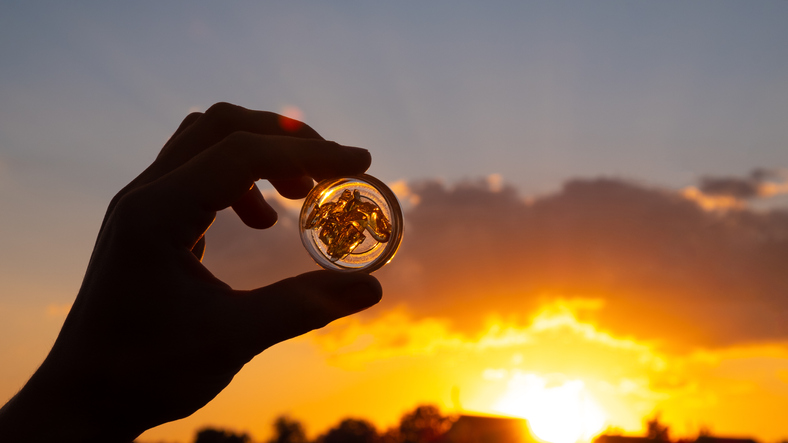 What is Cannabis Wax?

In the world of marijuana you may come across some interesting terms such as cannabis wax, or cannabis concentrate, sending you to the world wide web for answers. Regardless of if you are a veteran of the cannabis scene or a relatively new user, cannabis has made major strides in its development and utilizations over recent years, making keeping up with all of the new terminology, jargon, and nicknames somewhat of a challenge. Hopefully this article will help to clarify any questions you may have, especially about what has come to be known as cannabis wax.

Cannabis wax is one type of many different cannabis extracts, sometimes referred to as concentrates. All concentrates are extracts but not all extracts are concentrates. This is because in order to make a concentrate the chemicals from the cannabis plant must be extracted. However an extract doesn’t have to be a concentrated form of cannabis.

Wax has quite a few nicknames it goes by, some people call it budder, badder, or batter among other things because of its texture but it’s all basically the same thing. Some dispensaries may even have budder, batter, and badder side by side, but they’re all a wax concentrate.

A cannabis concentrate is where they take the cannabis plant marijuana and extract the essential chemicals like TCH and make it into a highly concentrated form that is densely packed with cannabinoids. There are many different ways to achieve this with multiple varying results, one of which is wax. The multiple variables involved in the extraction process come down to who is processing the extract and what their goals are. This will dictate which methods of extraction will be used and the resulting concentrate therein.

Extracts and concentrates can be made in a variety of different ways, cannabis wax however is typically made by using a butane. Butane is a type of gas and is implemented as a solvent in order to extract the main chemical components of the cannabis plant, such as their terpenes and cannabinoids, from the plant matter itself. Unfortunately due to the volatile nature of butane gas, it is incredibly flammable making any attempts to try this at home dangerous due to the possibility of an explosion.

In order to make cannabis wax properly, commercial facilities are used who implement closed-loops machinery and equipment in order to make the cannabis concentrate safely. The general process to make wax involves taking the cannabis plant matter such as trimmings and buds and packing them densely into tubes. These tubes are then filled with butane which will separate the raw plant matter from its resin. After this is done, then there are multiple steps involving heat, condensation, and lastly vacuum purging. 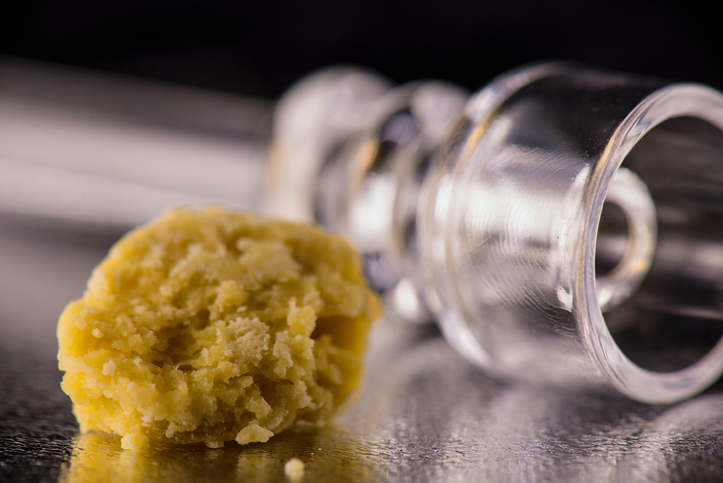 Cannabis wax will have a THC concentration that averages between about 60% and 80% more than their flower counterparts, meaning that you can smoke an incredibly small amount and still get more effects than if you smoked a whole bowl. For those who have medical reasons for smoking marijuana and who don’t particularly enjoy smoking it, this means you can smoke less and less often, making it easier on your lungs overall, while still getting the same effects or better for longer. Extracts are also good for people who have a higher tolerance for cannabis and need an extra kick to enjoy the full effects. Newer users be warned, it is very potent and it is advised to try smoking marijuana on its own before moving to this level. If you feel you want to give it a try anyway, all new users to cannabis extracts are advised to start with a very small amount, like half the size of a grain of rice, (No joke) and move up from there once you see how it affects you. When you purchase cannabis extract it may not seem like you’re getting a lot, especially because they tend to be expensive, but with the small increments you’re using, it will last you for a while.

You can smoke cannabis wax in a number of ways, the first and foremost will be the dab-rig way. A dab-rig is a type of water pipe that can likely be purchased at your local dispensary or smoke shop. Very similar to a bong, however instead of a bowl, the use of a nail is utilized. This is the part in which you will place a very small amount of wax. You will then heat the wax using a hand torch which will vaporize the material as you inhale the vapors through the pipes. Before you inhale the vapors into your body, wait for a few seconds to allow the vapor to cool enough to where it’s less hot when it goes into your mouth and lungs. Also do not touch the nail after you torch it, it will burn you. Wait for it to cool before you try to handle it again.

Alternatively you can put a thin, even coating of the cannabis wax onto a joint to seal it and to add an extra kick.  A small dab of cannabis wax can also be placed on top of a bowl of cannabis flowers you’ve already packed or mixed into it to add extra potency and flavor. Vape pens have become increasingly popular over the past few years and have become a fan favorite for those who enjoy wax. This is because vapes tend to be smaller and more compact, most of which can fit inside your pocket or bag. Their discrete nature allows for less scrutiny in public and lets those who want to, especially those who smoke medicinally, to bring it with them in a more portable, inconspicuous fashion rather than carrying around a glass dab-rig or pipe with which a hand torch is required. You can just grab and go and not have to worry about packing a nail or a bowl and cleaning up.

If you or someone you know wants to try cannabis concentrates but want to buy from a good brand try out Dripp Extracts. Dripp offers cannabis wax among other concentrates and extracts, as well as vapes. They may be found at your local dispensary or you can visit www.drippextracts.com