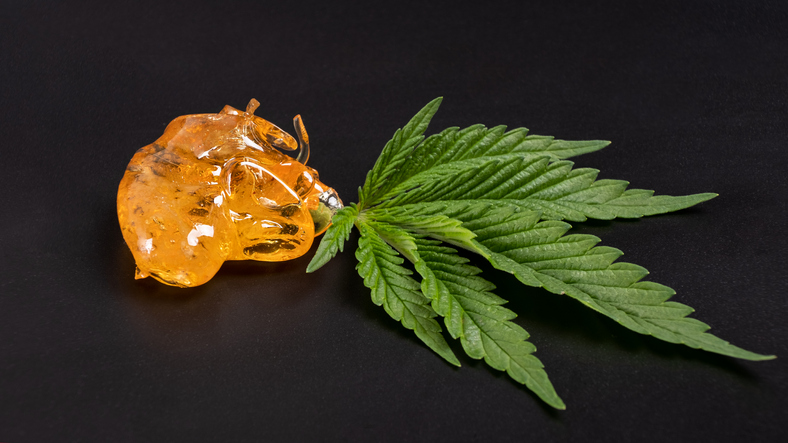 Today, cannabis comes in countless forms, whether in flowers, edibles, concentrates, and more, giving cannabis enthusiasts a variety of options and methods to discover. But, with an abundance of cannabis concentrate varieties on the market, including oils and waxes, one stands out as a favorite among cannabis users: budder.

In this guide, we’ll answer all of your budder-related queries, including:

Budder, or cannabis budder, is aptly named; it’s a cannabis wax concentrate with a somewhat creamy, butter-like consistency. With a texture frequently compared to that of softened butter, budder is much more malleable than other forms of cannabis concentrates due to its light and airy characteristics, and can be spread with surprising ease (although, you probably wouldn’t want to put it on your toast in the morning). Budder can be found in a range of shades, from golden to green and brown, depending on the methods used and the strain your budder is extracted from.

Aside from its unique consistency, Budder is also highly praised for its elevated levels of THC. Like most concentrates, budder is known to be much more potent than other forms of cannabis, usually ranging from around 70 to 80 percent THC content. This potency is roughly three times the strength of cannabis flower, but the exact percentage will be dependent on the methods and cannabis strain used.

Is Budder the Same as Badder or Cannabutter?

Cannabis budder is often seen as quite similar to badder (also known as batter), another type of concentrate, however, they have a few distinct differences. While budder is soft and light, badder (which is also aptly named) has been described as having a more thick and sticky consistency, similar to cake batter or frosting. Badder also tends to have a lighter color, exhibiting a light to deep gold, rather than budder’s characteristic greenish-brown. The two are both classed as wax concentrates and are otherwise similar in their potency, consumption methods, and manufacturing techniques. When selecting your concentrate, it will always come down to personal preference.

It should also be noted that cannabis budder and cannabutter are not the same products. While budder is a cannabis concentrate primarily consumed through a dab, cannabutter is an ingredient made from actual butter used for cooking or baking edibles. It’s important to know the difference as they are not interchangeable products. (In other words, you don’t want to eat budder and you definitely don’t want to take a dab of cannabutter.)

How is Budder Made?

To transform the cannabis plant into a concentrate and heighten it to the desired levels of potency and viscosity, it must first go through a very thorough process. Most concentrates are made with a solvent-based method. Solvents are liquids that are able to dissolve solids, so this could include butane, alcohol, or water. Budder is a solvent-made concentrate, so it is first soaked in a solvent to separate the plant from the “active ingredients”, or cannabinoids. CO2 extraction is another common method used for the same purpose. The extract at this stage would be similar to THC oil.

Then, a combination of agitation and heat of about 100 degrees Fahrenheit is used on the extract. Following this, air pressure and more heat are used until the extract has become a refined, thicker product — or, budder. Methods can vary, such as using different levels of pressure and heat, which can result in different types of cannabis wax concentrates.

A significant amount of attention and practice is needed to incorporate the correct levels of agitation, pressure, and heat to create the ideal concentrate. While some cannabis enthusiasts enjoy the challenge, budder isn’t easy to make yourself, especially if you’re concerned about sacrificing the quality or potency of your finished product. Buying your cannabis budder from your local dispensary is always a safe bet, and you’ll be sure to get your money’s worth this way.

How Do You Use Budder?

There are two recommended ways to use budder. Cannabis concentrates are generally consumed using the same method: dabbing. Usually a dab is done using a dab rig, which looks very similar to your average bong, but it has one key difference. Instead of a bowl, a dab rig uses a nail and dome (also known as a banger), which are used to heat and vaporize your concentrate. Your vaporized concentrate travels through the rig, and can be inhaled in the same way as you would bud from a bong.

The second recommended method is to mix a very small amount of budder in with your flower, and enjoy as you normally would by rolling it into a joint or filling a bong. For those looking to try cannabis concentrates for the first time and don’t want to invest in a dab rig just yet, this might be a good option. It needs to be noted though, that only a tiny amount of budder is needed for this method, as it will increase the potency, as well as affect the way your cannabis burns.

Users have reported faster-acting and more intense sensations when using cannabis concentrates when compared to flowers. The same rule of thumb goes for cannabis budder as it would for any other cannabis products: start slow. Starting with a small amount and taking your time to gauge your tolerance is the safest way to start off with any type of cannabis. This is especially true if you’re unfamiliar with a product, method, or haven’t used a cannabis concentrate beforehand.

If badder has piqued your interest, experience it for yourself! Learn more about badder at https://www.drippextracts.com/collections/badder/.