What is A Quarter Ounce of Weed? –– Learn About Weed Measurements 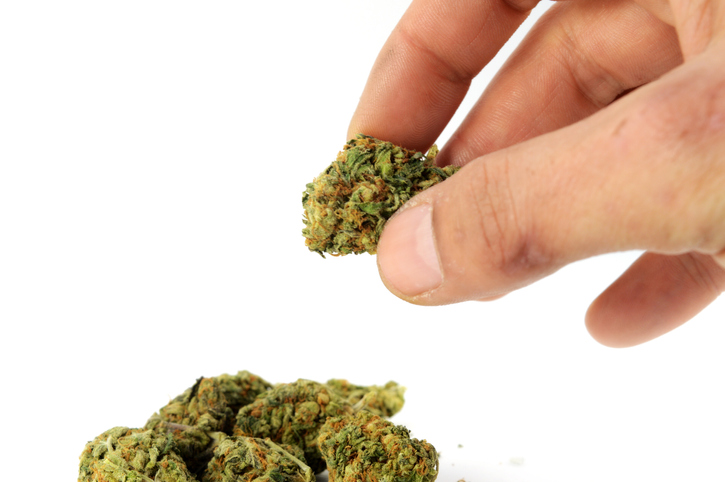 Let’s start getting into the larger quantities of weed: the quarter ounce.  You should expect a little bit more of a substantial bag, a bag that will look, feel, and cost a bit more than your previous eighth. The quarter-ounce of weed is going to be the best purchase for your more serious smokers, your more frugal buyers looking for bulk, or someone who just loves their weed. Let’s dive into what you can expect, and some tips for your quarter ounce of weed purchase.

How Many Grams of Weed Do You Get in The Quarter Ounce?

Let’s break it down (literally). Mathematically, one ounce of weed weighs in at 28 grams, so if we divide that weight by 4 to get a quarter, you’re looking at 7 grams of weed in a quarter of an ounce.

So what can you get from that? If you’re new to the game and are wondering about the actual longevity of this amount, you can assume to get about 12-15 joints, 10 blunts, and double the number of bowls, depending on how you smoke. This is definitely an even better deal than going for an eighth or gram at a time if you are a consistent smoker.

What Can You Expect to Pay For a Quarter Ounce of Weed?

There isn’t a set price for a quarter ounce nationwide, and it will vary depending on the quality, brand, and location you’re in. However, there is a typical range you can expect your quarter ounce to fall in at the dispensary, $50-$70 is typical.

Weed from private reserves or higher testing (more potent) weed will most likely ring in at around $70 or higher. If you’re looking for mid-range weed, that can still give a great high, you can expect to pay closer to $50. Depending on what exactly you’re looking for, you can get a better deal that fits your needs.

While there are different slang terms for the quarter ounce depending on where you’re living, there is one pretty well-known term in the weed world that almost anyone would understand: a quad. Quad essentially means 2 eighths, which is what a quarter ounce weighs in equivalently to. There are definitely more terms depending on your region that you’ll probably pick up on as you interact more in the community, and as always if people understand what you’re talking about, roll with it!

What is the physical size of a quarter ounce of weed? Physically What Does a Quarter Ounce Look Like?

If you know that a quarter of weed is 7 grams, that doesn’t necessarily mean that you know what 7 grams of weed looks like. A quarter ounce of weed might look like a lot of weed, or not at all, depending on the actual weed itself. Some nugs are denser than others, which might look like less, but heavier weed, or they could be fluffier, which will look more spread out but lighter. It might even be one large nug that weighs 7g, or it could be the fluffier weed that can fill up an entire mason jar, the best way to tell in this case is to break out the scale. The way the weed looks might go even further than the plant it came from, the method in which it was cured can also have an effect on the overall appearance.   If your quarter ounce looks like a lot less than you expected, and you bought it from a dispensary, it’s typically a pretty safe bet that it’ll be the correct weight. Marijuana brands, and dispensaries alike, must follow local laws and regulations ensuring that the product advertised is correct. 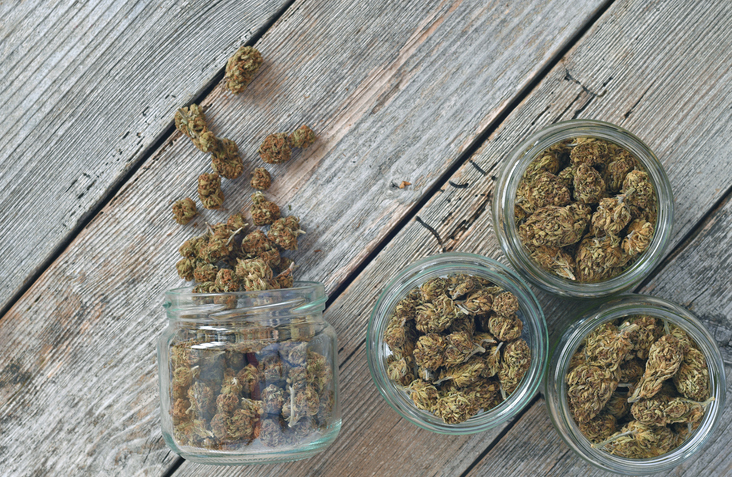 What’s The Best Way To Store A Quarter Ounce of Weed?

If you’re used to buying grams and eighths at a time, a quarter ounce might seem like a lot of weed. Like we’ve said, depending on your smoking habits and preferred methods, a quarter ounce might last you weeks, or days.  So if it’s a possibility that you’ll need to store your quarter ounce for much longer than you were storing your pre-rolls, grams, and eighths, you want to do it the right way, keeping your weed fresh.  If your weed is stored improperly, it will dry out, making it more difficult to roll, and lowering the quality. On the other hand, if your weed gets moist, it could grow mold, or be impossible to smoke. So having the best way to store your weed is vital.  The ideal way for you to store your quarter ounce of weed is to keep it in a tightly sealed mason jar and add a humidity pack to keep out the moisture. A humidity pack will ensure that the moisture levels inside of the mason jar do not get too high, and that your weed is in perfect condition. Keeping it in the sealed mason jar also helps to prevent the open air from beginning the drying out process. To take it one step further, keep your mason jar weed in a dark area that has a maintained cool temperature.

How to make sure you are truly getting a quarter ounce of weed? How Can You Ensure It’s Really A Quarter Ounce of Weed?

A quarter ounce of weed is not a very small amount of weed, so you want to make sure you’re getting the full amount when you buy.  The safest bet is to always buy from a legal dispensary, that have to follow laws and guidelines for what they’re selling, but you could be even more accurate. Since it is a difficult amount to eyeball, you are able to weigh it yourself to be 100% positive. You could use any kitchen scale, or one of the inexpensive scales sold at smoke shops and dispensaries. 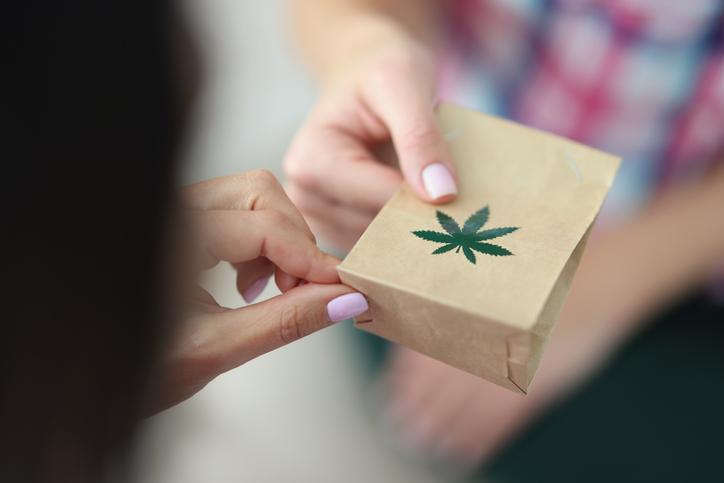