Cannabis stores always have a new form that is completely apart from the previous one. In this article, we will focus on the characteristics of live resin and the differences compared with other concentrates like shatter, wax, and budder. Finding your preferred marijuana concentrate is simpler than ever after this article. 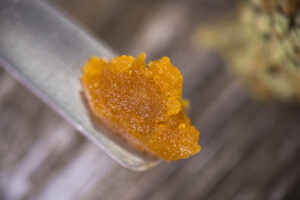 There are numerous methods for creating cannabis concentrates. Many businesses use solvents to aid in the breakdown of plant matter and only save valuable and strong cannabinoid oils. During the extraction procedures, solvents like ethanol, butane, or CO2 can all be utilized. However, many consumers prefer CO2 extract because of its purity and cleanliness.

A company will either break up the cannabis plant or immerse it in the solvent to completely obliterate it before turning it into concentrates. Then, the oils are going through the following procedures to make sure all of the solvents have been eliminated.

But you may also find solventless extracts if you don’t want to bother with solvents while making cannabis extracts. Several excellent extract choices are manufactured entirely without using solvents, including hash oil, dry sift resin and ice water hash.

In either case, this technique allows trichomes, hash, and cannabinoids to be completely separated from plant matter.

A comparison of Shatter or Wax?

Cannabis concentrates can be divided into two categories: wax and shatter. What’s the distinction? Clear, delicate concentrations with a texture easy to snap are called shatter; and wax is murky and has more sticky concentrates. The actual composition of these two concentrations is also very different.

To produce a pure and almost translucent composition, the manufacturer needs to go through incredibly stringent extraction and purifying procedures to get shatter concentrates. Conversely, the process of making wax concentrates is frequently swirled, whipped, and blended during purging, giving it a renowned flexible texture.

There is a common assumption that the extract with more transparency is superior. However, it’s only caused by the different ways of production.

Live resin is a cannabis concentrate that is unique in its production process. Live resin is produced utilizing a unique flash-freezing method, unlike nearly all other concentrate counterparts. To Freeze the plant material immediately after harvesting results in a product that successfully preserves all of the plant’s compounds.

Live resin keeps distinctive flavor characteristics for each strain thanks to the preservation of phytochemicals like terpenes and flavonoids. But how does this stack up against other cannabis concentrates specifically?

A comparison of live resin and shatter

Live resin and shatter are utterly different cannabis concentrates. Although living resin can potentially be produced in every consistency, you rarely see the shattered form of live resin. Shatter is a type of concentrate that is very popular for its delicate and translucent look.

In contrast to living resin, shatter has a very low terpene level. The wax goes through many purifying and filtration procedures to acquire its flawless structure. While this is excellent for obtaining the purest product imaginable, it also eliminates the terpenes and flavonoids from the plants. Shatter gives in the translucent look that the consumers like while also giving off a common flavor. Shatter is a great option for people seeking an energizing, joyful high, and enjoyable cannabis experience. Live resin has a very strong aroma compared to shatter especially. This concentrate has been rapidly frozen and preserved its terpenes, unlike others. Live resin appears that although shatter contains larger THC percentages, the living resin is more potent.

Live resin is the best option if you need any therapeutic effects, such as relaxation or pain relief. This concentrate has calming qualities that will crank up your mood and make you feel a lot better.

A comparison of live resin and wax

Wax is a cannabis concentrate the texture is similar to brown sugar. Wax appears pretty similar to live resin in terms of their appearance. Live resin and wax are usually dark yellow and more solid than other concentrates. However, live resin contains more liquid than wax and has a good balance of oils and sugar crystals.

The terpene profile of wax is higher than that of shatter, and it’s quite tasty, but it’s still not as aromatic as live resin. Wax will uplift your mood and allow you to think clearly and be more creative. It might also somewhat give you the munchies. 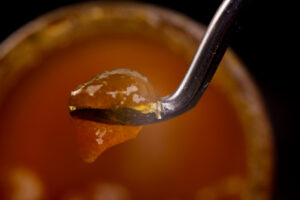 A comparison of live resin and budder

Budder and live resin have a higher terpene compared to other concentrates. Budder is the second-most fragrant and tasty marijuana concentrate on the market, after live resin. Both budder and live resin are full of flavor, refined, and simple to manage while dabbing. The calming effects of budder might be wonderful before bed, chill after a crazy schedule, or if you just want to unwind at home. Budder is recognized for its calming effects on the body and mind.

While the experience from both live resin and budder is incredibly strong and aromatic, budder is simpler to handle than live resin. Live resin can be handled easily with the correct equipment, but budder has a constantly pliable texture which makes dabbing simple. Budder is a better alternative for you if you’re having trouble getting a decent-sized dab or without the proper tool. Regardless, live resin and budder beautifully highlight the bond between terpenes and cannabinoids.