Cannabis extracts are the newest, fastest growing component of the cannabis market. Buyers have realized that compared to the old fashioned ways of consuming cannabis, the benefits of cannabis extracts to your health cannot be denied and their versatility is unmatched.

What Are Cannabis Extracts?

Cannabis Extracts are defined as any extract derived from the cannabis plant. From this, more refined levels of cannabinoids such as CBD and THC can be obtained in larger volumes by weight. The main difference between the two contenders is that Hemp extracts have a higher level of CBD whereas the marijuana extracts will contain more THC.

How Are Cannabis Extracts Made?

Extracts are made by grinding down either cured or fresh marijuana components such as the buds, leaves, and stalks, to a fine powder and then letting a solvent absorb the essence. Fresh materials made into an extract by this process are often referred to as “Live Resin.” Some solvents are readily safer than others such as CO2, whereas other solvents such as hexane and butane can be more dangerous if not properly expelled from the extract.

Rosin is another type of cannabis extract made by using a heated press to physically obtain the oil from marijuana buds and flowers. Although it is easy to buy, many people have opted to make it themselves at home since all that is required to make it is parchment paper and a hair straightener. Alternatively, Dripp Extracts offers a high quality extract called “Badder” in multiple different delicious flavors that will save you the headache of having to use your sister’s $100 flat iron.

Budder, sap, wax, and vape liquid among others can be derived from cannabis oil once it is extracted, and can be further refined to create crystals consisting of pure THC or CBD. From here, the possibilities are endless due to the versatility of cannabis extracts. It can be used to make products such as vape juices and edibles, or to raise the potency of joints or bowls. Cannabis extracts allow you to vape and smoke less because of their higher and more concentrated levels of cannabinoids in the juice, greatly increasing the potency when added as a booster to bowls and joints, making it stronger and last longer.

Cannabis extracts in vape juice allow you to vape less because of their higher and more concentrated levels of cannabinoids in the juice, as opposed to how much you would get if you were to smoke the buds as normal. The lasting effects when vaped as opposed to smoked are much longer and stronger making it take less to do more.

When you use a cannabis extract vape, the vape heats up the extract until it is vapor that can be inhaled and the cannabinoids can be absorbed into the lungs and the bloodstream along with any other active ingredients. An atomizer is the most widely used source to heat up the cannabis extracts because it creates vapor instead of smoke.

Vape pens are the most common vaporizers for cannabis extracts. They often have rechargeable batteries, are portable, have an atomizer, a mouthpiece and are small enough to be carried around with discretion. Some vapes are even equipped to use other cannabis extracts such as wax and sap, making it even more convenient and versatile. Some cannabis vapes have refillable “tanks” for cannabis extract and can be used repeatedly, whereas others you can buy pre-filled and can be replaced when empty. These are available in both THC and CBD vape juices and can usually be acquired from your local marijuana dispensary in states where it is legalized. Some companies such as Dripp Extracts even have flavored cannabis vaporizers adding another level of enjoyment to the experience.

If vaping isn’t your style and you would prefer a stronger experience when you use cannabis extracts, a similar way would be to dab. Much like vaping, the cannabis extract is heated and vaporized, however instead of using an atomizer you use a butane torch, a heat-able surface like a dab bucket, and a dab rig (a special water pipe). This way incurs more potency, meaning you don’t have to smoke as much or as often, and also has the benefit of being more flavorful when inhaled.

Traditionally dabbing is done with high THC cannabis extracts, however CBD extracts are becoming more and more popular. To dab, it doesn’t take a lot, and as always it’s best to start off with less to see how you respond. You put a small amount of the cannabis extract into the bucket, fill the dab rig with the appropriate amount of water, and then heat up the dab bucket until it begins to glow red. Wait for a couple of seconds for it to cool off, and then slowly begin to inhale through the mouthpiece.

Cannabis extracts are also used by consumers in multiple ways to boost the strength of their favorite strains of smokable herbs by way of THC or CBD. Cannabis extracts can be used in a joint or a blunt and can also be added on top of a packed bowl. When smoked the extract may melt and meld with the herbs making them much more potent. This also makes it much more flammable so be sure to be aware of where the flame is being held and to be ready to blow it out if a flare up occurs.

If a consumer wants to strengthen the potency of a joint or a blunt with cannabis extract, it’s usually easier to use a messier or more crumbly extract like honeycomb or isolates. Dripps makes an amazing Sour Berry Badder that adds raspberry and boysenberry notes to the mix, and can also be used to help seal the outside of the joint or blunt. When cannabis extract is coated on the outside of a blunt or joint it is referred to as twaxing, but works the best with stickier extracts because it holds the paper together better. This also causes the blunt or joint to become more flammable and to burn easier, so when applying, be sure to coat the paper evenly to avoid uneven burning. 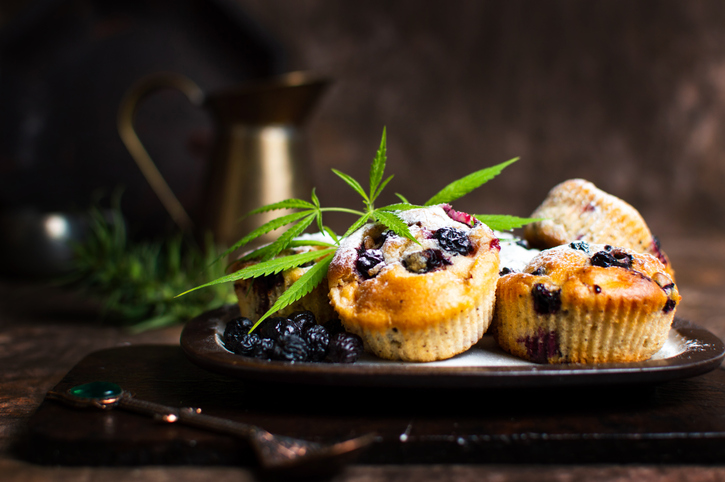 Cooking with cannabis extracts is discouraged if you intend to cook at a temperature exceeding 375 degrees Fahrenheit. This is because the cannabinoids begin to degrade when exposed to higher temperatures, and degradation has also been known to occur at temperatures as low as 315 degrees Fahrenheit, so in order to minimize the loss of potency, it’s suggested that cannabis extracts be added after any cooking has occurred.