Differences Between Distillate and Concentrate 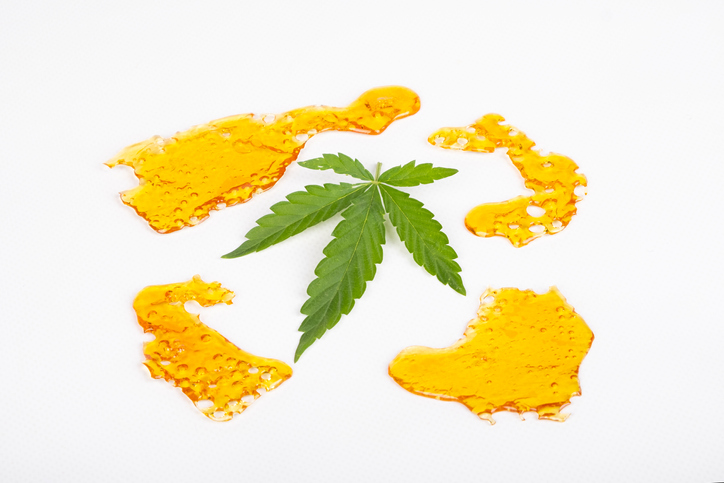 Cannabis comes in a variety of forms, including concentrates, distillates, oils, and extracts. People consume CBD or THC in medicinal and recreational ways with a variety of commodities, including baked goods, chocolates, gummies, vape cartridges, shatter, and wax, among others.

There are numerous methods for separating CBD and THC from the marijuana or cannabis plant before they are used in these goods. However, the two main techniques are distillation to produce distillate and extraction to produce concentrates.

What makes it different from Distillate to Concentrate?

The cannabis customer who lives in a marijuana-legalized state that allows for recreational and medical use has many choices for cannabis extracts. Among these cannabis extracts, there are variances in extract type, potency, strain, consistency, consumption technique, etc. Concentrates and distillates differ most in terms of the compounds left behind after processing.

CBD, THC and other cannabinoids are extracted by using solvent from the cannabis plant matter, resulting in an oil-like extract also known as cannabis concentrates. After extraction, a procedure known as distillation is used to create a more concentrated product by heating the oil extract into a vapor, gathering the CBD and THC chemicals at their boiling points, and recondensing the CBD and THC back into liquid form. 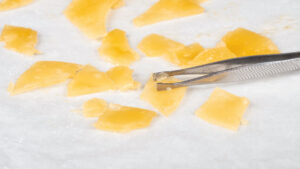 Distillation is a post-extraction method for isolating particular chemicals from a source substance, such as THC and CBD. To vaporize specific compounds, use a specific apparatus to boil the extracted oil at their boiling points. Those targeted chemicals will be vaporized and then condensed back into liquid form using a condensing loop. Short route or wiped film distillation machines are the most widely used equipment for distilling cannabis. Distillate extracts lack flavor and scent due to the intense refining procedure that removes the terpenes from the cannabis plant.

Typically, distillate generally has no flavor and no aroma. The distillate has little to no flavor, which gives factories more control to manage the flavor and aroma of their finished products. The distillate has made it possible for manufacturers to create cannabis products that don’t have an aggressive smell which benefits people who don’t enjoy that scent.

The distillate is adaptable and potent. Distillate is defined as a potent cannabinoid. This powerful, streamlined compound has a wide range of applications. The cannabinoids in distillate extracts are often slightly more potent than those in concentrate extracts since less organic material is present in the finished goods.

While selecting cannabis distillate products has several advantages, there are also some potential disadvantages to this cannabis extract. The naturally occurring terpenes in the cannabis plant, which are partially accountable for the therapeutic results of cannabis, are absent from distillate. To raise flavors and some effects reminiscent of a particular strain, some processors add chemical terpenes to distillate after the extraction process. However, it is unknown whether these synthetic terpenes offer the same therapeutic advantages compared to the terpenes in the cannabis plant naturally.

To create a potent final product that can be smoked, vaporized, or used to create edibles, the manufacturer utilizes the key components from the cannabis plant material and goes through an extraction process to get cannabis concentrates. People can now choose from a wide variety of cannabis concentrates that range in texture and color. might vary in quantity and quality depending on the extraction method used to produce them.

Using solvents to create concentrations is the most common method. The desired components of the cannabis plant, terpenes, and primarily cannabinoids, have been preserved to create a cannabis concentrate. Concentrate, as opposed to distillate, is produced utilizing extraction techniques that let the finished product keep some of its naturally occurring terpenes.

Some of the natural flavors and smells of concentrates can preserve. Cannabis concentrates can keep some of their terpenes, which usually produces a finished product that has a full and distinctive taste with more range of terpenes overall. The amount of preserved terpenes is the most notable difference between concentrate and distillate. Additionally, because they have distinct therapeutic effects, the natural terpenes present in cannabis are highly advantageous to cannabis users seeking medical therapy. Concentrate extracts often contain a higher amount of terpenes than distillate extracts, concentrates may be slightly less strong in comparison.