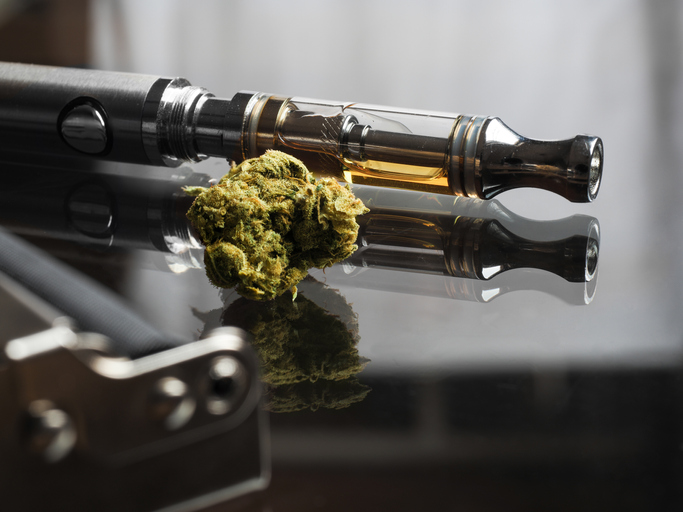 Whether you’re a seasoned cannabis user or you’re new to the world of weed, you’re probably aware that smoking has been among the most popular methods of cannabis consumption for years. However in recent years, other methods have surfaced as favorites among cannabis enthusiasts including edibles, beverages, capsules, dabs, but the question has been asked, can you vape weed?

Using a cannabis vape pen to get high, or to benefit from medical properties, has grown exponentially in popularity but believe it or not, it’s an invention that’s been around for nearly a hundred years. So, you can indeed vape weed, but before we delve into how it all works, let’s have a look at how it all began.

How Did Cannabis Vaping Start?

Cannabis use has been prevalent for thousands of years, with the first records of human consumption dating back to 2800 BC. Over time, methods have evolved from smoking bud to condensing it into more potent forms like hash and concentrates. Vaping came into the picture next, with the first electronic vaporizer patented in 1927.

With Big Tobacco under fire for health ramifications associated with smoke inhalation, supposed healthier methods were developed. In 2003, the first e-cigarette was invented, hitting America’s shelves in 2007. It wasn’t long until the focus on nicotine shifted to THC and CBD, providing cannabis users another method for getting high or receiving medicinal benefits. Now, vaping is a multibillion dollar industry that has grown exponentially in popularity.

What Are the Benefits of Vaping Cannabis?

The concept of vaping was born from the surmounting evidence pointing to the correlation between smoke inhalation and health risks, including cardiovascular disease, stroke, diabetes, lung diseases, and of course, cancer. Because vaporizers produce vapor that is inhaled rather than smoke, it was surmised that vaping provides its users with fewer health risks, but the jury is still out. Some studies argue that, while vaping isn’t “good” for you, it’s still a healthier alternative to smoke. Others argue that vaping is just as bad, if not worse than smoking, but further research is still needed.

With the potential but uncertain health benefits aside, using a cannabis vape may be preferable to some as it’s discrete, portable, smokeless, and carries less of a scent. Many cannabis vape cartridges and concentrates also have a higher potency than buds, which may be a bonus for some as it takes less time to reach your desired dosage. For others, this potency comes with the risk of overdoing it, especially for those new to cannabis. At the end of the day, it all comes down to your preferences.

How Do Weed Vaporizers Work?

Vaporizers come in many forms, but typically they use only one of two methods: conduction or convection heating.

Conduction heating is the process of heating the product within the chamber through direct contact. If you’ve loaded your vape pen with flower or concentrate, activating the vape causes the inside to quickly heat and produce a vapor that you inhale. The downside to this method is that your cannabis can burn easily due to the direct contact of heat.

Convection heating differs from conduction, as the air within the chamber becomes heated rather than your cannabis itself. This creates a much more even distribution of heat that prevents your product from burning, although this method often takes more time to heat.

What Type of Vape Is Best?

If you’re looking for pure convenience, a vape pen is a great choice as you can puff away until the cartridge is empty, then plug another one in and repeat. Portable vaporizers provide a discrete, mobile option but refilling can be tricky if you’re new to the process. A tabletop vaporizer isn’t portable, but can create a larger amount of vapor so you get the most out of your bud. There is no right answer, but a weed vape pen is great for newbies.

Flower tends to be the preferred product when vaping weed and can be vaped with either a portable or tabletop vaporizer, but concentrate can be used as well.

Cleaning and sanitizing your vaporizer between usage is a great practice that prevents residue build up, which can weaken your vaporizer’s functions.

You may be left with AVB (already-vaped bud) at the end of your session. Depending on how dark your flower is, it may still have cannabinoids left that you can repurpose for edibles.

Looking for the Best Weed Vape?

If you’re ready to take on the best cannabis has to offer, Dripp Extracts has years of experience in the industry, offering the best concentrates on the market. Try weed vaping for yourself, with premium, naturally derived live resin used in every Dripp Extracts weed vape pen. Check out our products, or get in touch with us today.